July 16, 2018
Just wrapped principal photography on “Path Without End,” a 10-minute poetic dance documentary about the Friday family, their resilience through residential school, and dance artist Christine Friday’s journey to reclaim her family’s power through dance. 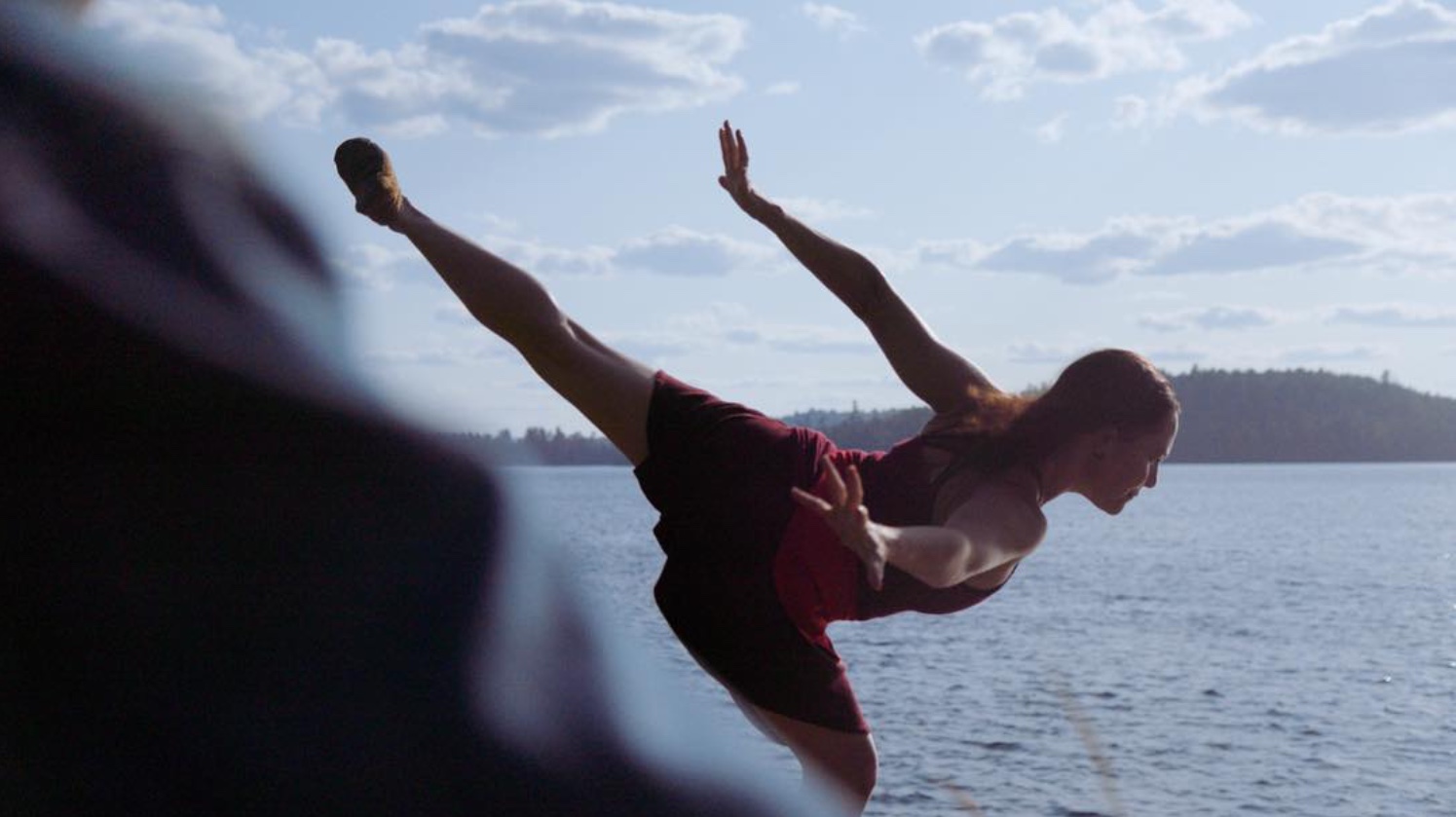 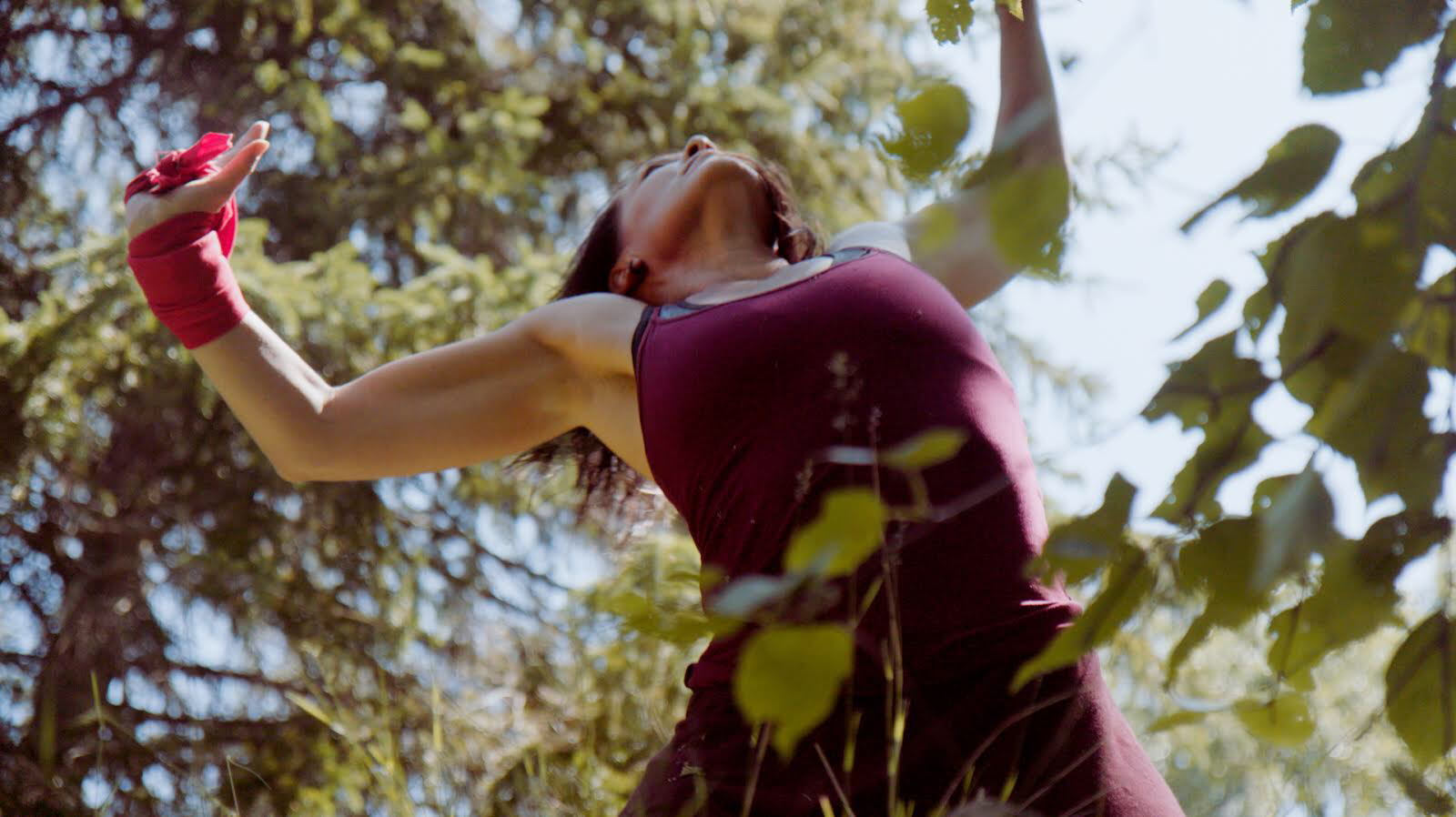 The 10-minute film, Path Without End, incorporates dance, archival images, and creative b-roll, with the addition of interviews and information about the Friday family and their experiences at Shingwauk Residential School. The overall tone is one of empowerment. The Friday family walked into the fire of residential school and rose out of its ashes. Their resilience is the focus of the film, not the violence inflicted upon them.
This project also documents Christine’s creation process as an artist. We are capturing behind the scenes footage of a dance artist’s journey in intimate detail as she researches, connects, develops, evokes, creates, and rehearses for this new work. She is exploring concepts such as her body as archive and land as memory. She will be taking movements inspired by her dance on her family’s traditional territory and in ceremony around the old residential school into the choreographic process for a new work. She will be working with special effects and visual effects to create a spirit world or alternate dimension to suggest where the Path Without End emerges from and disappears to. She will be embodying her family’s story and archiving it through dance and film.
Links...
IndigiDocs bootcamp blogs
IndigiDocs at Hot Docs
Cara Mumford Films July Update
Christine Friday of Friday Creeations

January 1, 2018
I know that I have updates to write and thank yous to post, and I promise I will do that in upcoming days (maybe more regular blog posts should be one of my New Year's resolutions). In the meantime, I wanted to share a short-short futuristic story that I wrote recently. I considered looking for a publishing home for it, but decided to simply share it on my blog instead. I hope you enjoy this new story for 2018... 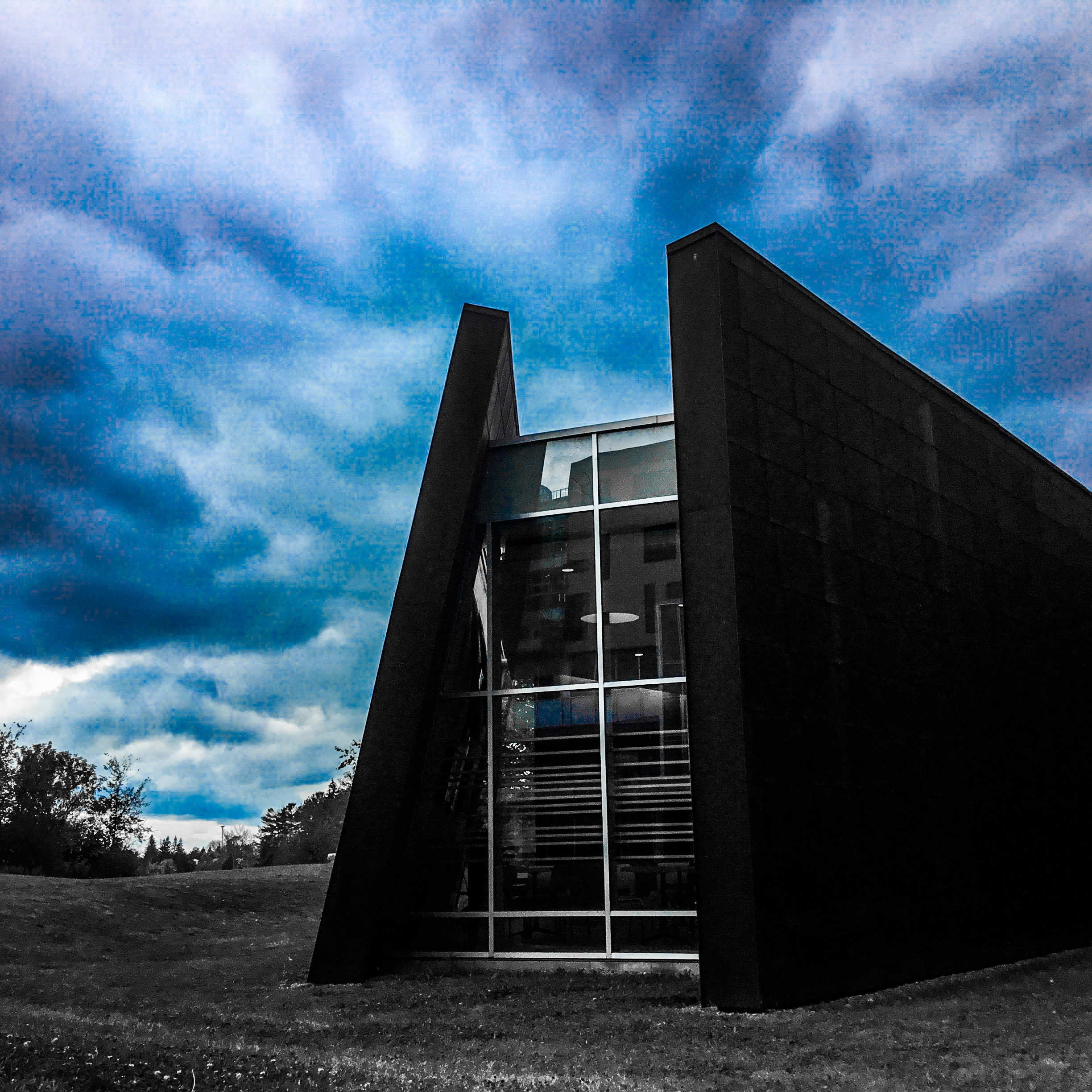 The Ceremony
by Cara Mumford
Sage sat on the floor in front of the sacred sand scrolls for the first time. In all of the years that she had attended ceremonies, this was her first time seeing the scrolls. She was excited and nervous. She had finally given her tobacco to show her intention to be initiated into the lodge; she hoped she wouldn’t do something wrong, drawing attention to herself and disappointing the members of the lodge. Focus, became the overriding thought in her head; she reined in her wandering mind, focusing again on the scrolls.

The first elder stepped up, pointer in hand. Sage leaned forward to listen, and he began to speak in Anishinaabemowin, the language of the ceremony, the language that Sage barely knew. He spoke rapidly and at length in the language and Sage thought, this is the cosmic joke, isn’t it? I finally receive the teachings but I won’t understand a word. Inside, she laughed at the joke on her, while outwardly she watched the elder, followed the pointer, and reached around her mind desperately trying to fill in the gaps of her lack of language.

Finally, the first elder was finished and the head woman of the lodge stepped up to give her teaching… partly in English. Sage listened to the elder speak with relief, eager for the teachings but savoring the sound of her voice. Sage would love to hear her speak every day. Then the head woman’s teaching was finished and elder after elder stepped up to deliver their own understandings of the teachings and Sage found her eyes drawn to some of the other women’s ribbon skirts. She fingered the fabric of her own plain and patched skirt and thought she should try and find some way to adorn it. Focus, she thought, her attention returning to the teachings.

They sat in the middle of a round building with glass windows in the curved walls, lush grass and dense trees visible outside, with the ground sloping down to a rushing river on one side. A massive skylight was in the centre of the ceiling, ablaze with the colours of the setting sun. Sage sat on the wooden floor, smooth with age. Some of the other initiates were on the floor with her; others sat in chairs. Sage’s eyes followed the point at the end of the talking stick that the elders used to indicate specific section of the scrolls as they spoke. Sometimes they spoke in English, sometimes in Anishinaabemowin. Now that Sage was an initiate, she felt a push to learn more of the language. How much of the teaching was she missing out on because it didn’t translate fully into English, because the connections revealed by the language were severed by English.

Then they were told about the gifts that they would need to make for other member of the lodge as part of their initiation. Sage tried to imagine what materials she might use, what items she could make. She had no beads, or enough fabric left to make anything she considered traditional. It is about the intention, one of the elders said, and Sage thought of her wild art, as she called it. Her sculptures created from found objects and gifts from nature—grungy, dark, and symbolic. Would they do?

After the sand scroll teachings concluded, the initiates were taught two songs. They would have to remember the melody and the Anishinaabe words to sing the song for the entire lodge during the next round of ceremonies. The drum kept the rhythm, a helper carefully pouring water onto the hide to keep it from drying. Sage felt her lips, remembering the feel of the water she had sipped earlier, losing her place in the song. She had to listen to the others for a moment before she could find her way back in. As she grew more confident in the words she was saying, her voice became strong and loud, as if her throat had never been dry from lack of water.

After they had been gifted with their new songs, the members danced out of the lodge. It felt good to be standing after sitting for so long. All day long. The drum once again set the rhythm for the dancers, matching the rhythm of their hearts, matching the rhythm of every living thing. Sage felt connected to all of the other dancers through that drum, connected to all of creation. She danced towards the east entrance of the lodge, wanting to dance slower, make her steps smaller and smaller so she would never reach the doorway, but she kept pace with the others and danced out of the lodge with them. Ceremonies were over for this summer and would begin again in the fall.

The hologram shut off automatically and the building went dark. Then the tint on the glass transitioned from blackout to clear and bright daylight streamed in. The hologram’s inner clock seemed to drift further and further from the days defined by the sun, and night was now turned to day. The landscape outside was barren, dust blowing over every surface, the riverbed long dry. Sage’s ears seemed to ring from the silence of the empty room, her eyes squinting in the harshness of the light. She always felt strangely hydrated after a ceremony, though, as if the holographic water was water itself. A sudden melancholy gripped her, as it always did after the ceremony hologram played. Four times a year for the past four years, with Sage looking forward to it more and more each year. She wondered how much her experience would change now that she had chosen to become an initiate. She wanted to know now but, of course, would have to wait three months to find out.

Why had she offered her tobacco to become an initiate? She had told herself that it was simply to vary the routine. She had watched the ceremony hologram for four years and she was ready for a change. But deep inside lived a hope that passing through the levels of the lodge might lead her to a portal, a place where she would finally be connected to other people again. There was nothing rational about it but she felt the truth of it deep within her bones. Something had led her to this building four years ago. She was convinced that her future was connected to its past.

Tired as she was, Sage had to check her water-capture devices and collect any water that had accumulated. The building had rainwater collectors built into it, but it rained so rarely and she would need a full canteen after she woke up from her nap. It was time to set out to search for other people again, survivors of this harsh, decaying world. She hadn’t seen another person, a real, flesh and blood person, in over five years, but she never stopped searching. Later today, on her search, she would gather insects for supper and also look for rusted remains from fallen civilizations to incorporate into her ceremonial gifts. She hoped, just maybe, that they might become offerings for a new and better life.

Sage opened the door that led to the entrance, what she thought of as “the hatch” because of it’s double steel doors with massive latches that effectively kept any dust out of the building. It was amazing, really, because the dust was everywhere else in this world. There, sitting on the floor, was a box. A box that had never been there before. She glanced around the hatch and noticed again the holes in the walls and ceiling that she had once thought were going to shoot lasers at her. Were they another holographic projector? They didn’t look like the projectors inside the main building. She touched the box but it didn’t have what she’d come to think of as the slippery feel of a hologram. It felt real. How did it get there? Even if there were people around, the door was still firmly latched. Could the hatch be some kind of replicator? Triggered by her offering her tobacco? She decided that was the most likely answer. This building was astounding, why should this surprise her?

She finally decided to open the box. Inside were packets of seeds. Seeds for grasses, for trees, for berries, for leeks and fiddleheads and asparagus, for sage, sweetgrass, cedar, and tobacco. Seeds to build a world. Sage fingered the packets in awe and then thought of the lack of water, of any tools to distribute or plant the seeds, and she sat down beside the box of seeds and felt like crying… but she couldn’t afford the water. Just then, the small room filled with whispers in Anishinaabemowin. She listened very carefully and realized with delight and surprise that she could understand the whispers, “In the spring the birds will come, and the rain will follow in summer, but this winter you will dance.”

November 8, 2017
Ecstasy crowdfunding campaign ends on Friday, November 10. You can get a copy of the film as one of the perks! Check out our IndieGoGo page: https://t.co/RaaWT0jojq 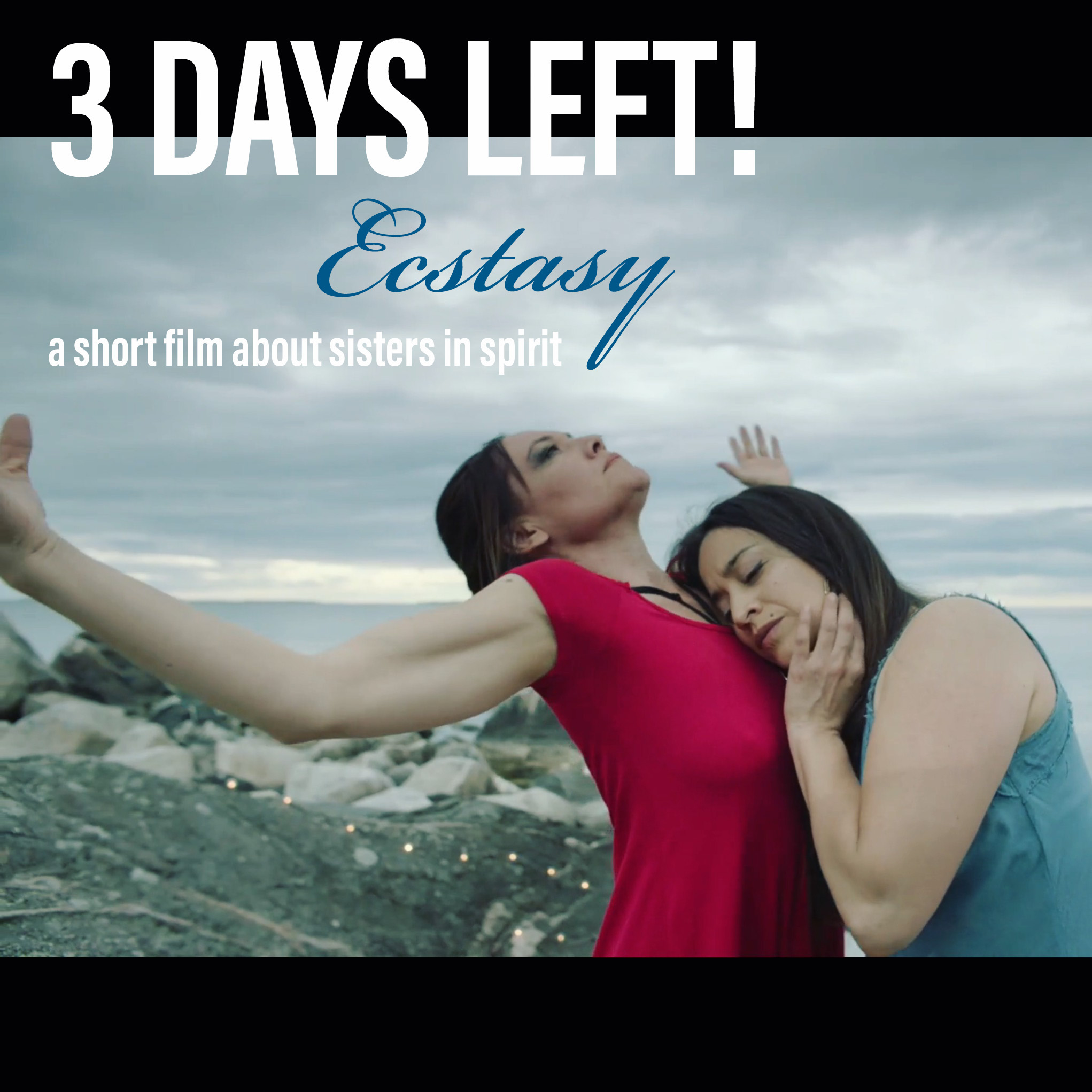