A Toe in the Water: Writing for TV 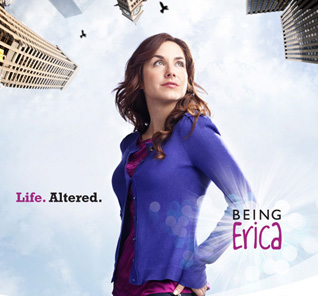 I just found out that I’ve been selected for the latest round of the Bell Media Diverse Screenwriters Program. Sufficiently big and exciting news to launch the new blog! (And I will try not to abuse the exclamation point when excited, but I can’t promise anything.)

The gist of this training program is to develop a new TV show concept, under the guidance of a mentor, ending up with a spec script as well as a script, mini-bible and pitch document based on my original concept. Seems like a nice little package for a writer to have, although I’m not sure if it helps me advance my career writing feature films. I’m hoping it might at least help when looking for representation, but I’m not even sure about that. Does that make me sound naïve or unfocused? Possibly. But I figure that any opportunity to write and get professional feedback has to be a good thing for a writer. I’ll pay more attention to the business end once I have more tricks in my bag, and by tricks I mean more screenplays to shop around, more skills to work on my craft and more people in my network. (Speaking of networks, I’ve been realizing how much I miss my Calgary network now that I’ve moved back to the Toronto area; a big shout out to the Calgary Society of Independent Filmmakers!)

But back to Diverse Screenwriters… I’ll be completely honest: TV writing was not something I went looking for. I may have ventured into the world of media arts as a writer but, somewhere along the way, I became a filmmaker first and writer second. So there has been no siren call to write TV… although I sometimes find myself thinking how much fun it would be to write for the character of Sheldon Cooper on "The Big Bang Theory"… odd given the fact that I’m not typically drawn to writing comedy either, but I digress.

Now that I’ve been chosen for the program, however, I find myself wishing that I’d spent some time analyzing TV pilots (I’m assuming that we’ll be writing the pilot episode of our show… hope I’m not setting myself up to be the proverbial ass). Just yesterday, I was chatting with someone about “Grimm” vs. “Once Upon A Time.” Both new shows with fairy tale premises, both well acted with good production values. So why did I watch the pilot for “Grimm” and think, “eh, not bad, might check it out again” and then watch the pilot for “Once” and think, “need to find all of the weekly time slots for this show and see if I can watch it online if I miss an episode!” I want to write a pilot that grabs people the way “Once” grabbed me or, for other Canadians reading this, the way “Bomb Girls” grabbed me. (If you’re not familiar with “Bomb Girls,” check out the Global TV website: http://www.globaltv.com/bombgirls/index.html. While I’m thinking about Canadian TV, “Being Erica” is possibly the only show out there that causes me to think: “I wish I’d thought of that premise.” Another odd observation given my fanaticism for shows like “Dexter,” "Fringe" and “Battlestar Galactica,” but that digression, psychoanalysis or whatever you want to call it can wait for another day and another blog post.)

So I’ve decided that between now and mid-April (when the program starts) I will watch pilots of shows that hooked me and shows that turned me off, as well as a few that were good enough to make me come back for another episode. If anyone has viewing recommendations, I would love to hear them!